Brazilian jiu-jitsu (BJJ) is a martial art, combat sport, and a self defense system that focuses on grappling

eventually came to be its own art through the experimentations, practices, and adaptation from the Judo

knowledge of Carlos and Hélio Gracie, who then passed their knowledge on to their extended family.

BJJ promotes the concept that a smaller, weaker person can successfully defend against a bigger, stronger

assailant by using leverage and proper technique, taking the fight to the ground – most notably by applying

joint-locks and chokeholds to defeat the other person. BJJ training can be used for sport grappling

(commonly referred to as “rolling”) and live drilling play a major role in training, and a premium is placed

on performance, especially in competition, in relation to progress and ascension through its ranking

Since its inception in 1882, its parent art of Judo was separated from older systems of Japanese ju-jitsu by

an important difference that was passed on to Brazilian jiu-jitsu: it is not solely a martial art: it is also a

sport; a method for promoting physical fitness and building character in young people; and, ultimately, a 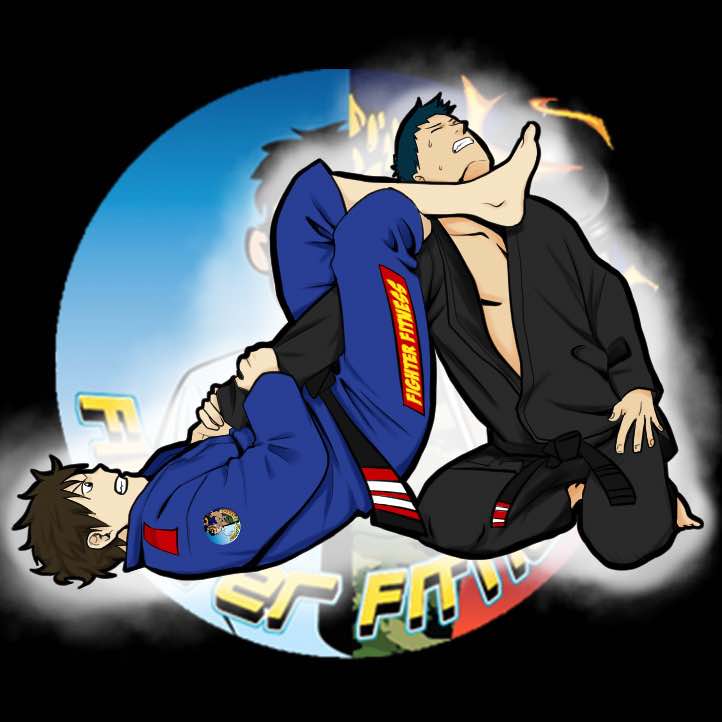 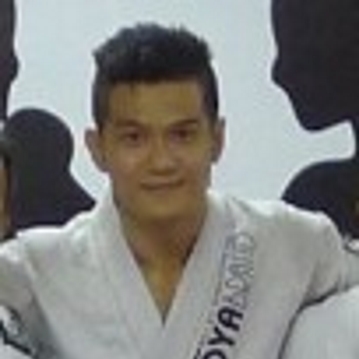 Vinc started his Brazilian Jiu-Jitsu journey only during his final year in his university studies. He fell in love with the art in his very first month of training. In stark contrast to many practitioners and champions in Brazil, he started very late in the sport whereas most of them generally started as kids.

Nonetheless, he knew he had to make up for lost time to fulfill his dream to compete at the black belt level one day. Ever since he had a clear direction of his Jiu-Jitsu goals, Vinc has always made an effort to train as much as he can and it was never an unusual sight for his gym mates to see him chasing after his last train/bus back home past midnight.

His insatiable hunger to learn the art has led him to travel around the world to train and compete. Traveling as far to countries like Brazil and the USA for long training stints at some of the top academies in the world. Owing to his devotion to the sport as well as excellent work ethics, he is probably one of the fastest promoted Brazilian Jiu-Jitsu practitioners in Singapore and has proved his consistency in winning gold medals at every belt level he competed in. In June 2015, he became the first Singaporean being handed his Black belt on the home soil of Brazilian Jiu Jitsu, in Brazil RJ. His blackbelt was handled over to him by one of the Legend of the art, Luis Carlos Mateus. Mestre Luís Carlos, also known as “Manimal” is a famous Jiu jitsu black belt under the late Master Carlson Gracie senior.

Through his experiences in learning the art, Vinc strives to build mental fortitude in all his students and constantly pushes them out of their comfort zone while developing their character and resilience. As Brazilian Jiu-Jitsu without doubt has one of the steepest learning curve as compared to other martial arts. He is fond of experimenting new ideas behind techniques and identifying more efficient ways for his students to learn, always trying to develop their techniques at an accelerated and exponential rate.

Having a strong belief in working the micro approach on individual strengths. Vinc also adopts certain curriculums/styles used by some of the current top teams in the world where he had spent time training with, so as to complement his approach in formulating an efficient training methods and providing a conducive learning environment for his students. 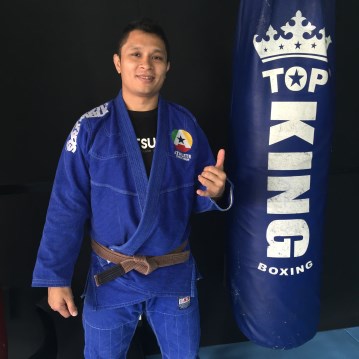 Christian is a veteran competitor who started in 2010. He holds a brown belt in BJJ and has travelled, trained, and competed around Asia. Christian is also a United World Wrestling Level 1 coach.